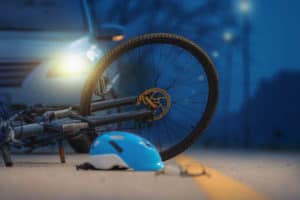 RANCHO MIRAGE, CA (December 14, 2018) – A 32-year-old man lost his life Thursday morning after being struck by a driver, who was said to be speeding at the time, at Ramon and Rattler roads.

William Campbell was identified as the victim in the 6:49 a.m. crash that happened in the eastbound lanes of Ramon Road.

According to reports, News Channel 3’s Chief Photographer Christopher Flicker witnessed the crash and saw the victim flying into the air after being struck by the driver, who was said to be speeding.

Police were able to detain the man, yet it was unclear whether the man was brought into custody. California Highway Patrol officers did say that this driver informed authorities that a second motorist in another car was trying to run him off the road, which explained his excessive speed at the time.

CHP further noted that another driver was involved in the crash and had stopped by a nearby gas station, waiting for police to arrive.

Our thoughts of support and strength go out to the bereaved family and friends of William Campbell.

The loss of a loved one can leave you and your family with unexpected physical, emotional and monetary damages. When you partner with the Sweet Law Group, you can be sure that our attorneys will represent your case in the best light possible. We are backed by more than 44 years of experience in the industry. Our lawyers have undertaken a myriad of cases involving wrongful death and personal injury. To schedule a free case evaluation with our lawyers, call (800) 203-3061.