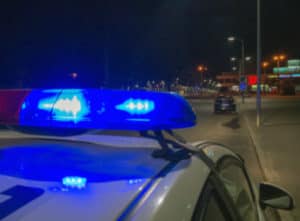 Victor Molinar was enlisted in the Marines but had not gone through basic training. According to reports, the 18-year-old Marine from Oak Park, Ill., was out with some friends near Paradise Lounge and Grill and Deja Vu. News reports say he was at both or one of the establishments when he and his friends got separated.

A few moments later, his friends found him on the street with debris strewn throughout the area indicating that he might have been hit by a driver.

Molinar was killed in the crash and police are looking for a gold-colored SUV with front-end damage.

Authorities are investigating this incident and are checking surveillance videos of nearby businesses to capture what had happened. Anyone with information is urged to contact the San Diego Police Department at (619) 531-2000 or Crime Stoppers at (888) 580-8477.

To those mourning this devastating loss, we hope you find comfort and peace around you. Our hearts go out to the bereaved family and friends of Victor Molinar.

At the Sweet Law Group, we employ a team of legal counsels ready to help. Our mission is to perform incredibly well in your case and to grant you the highest settlement needed. We have helped a number of families and individuals who have lost a loved one or who have been injured themselves. If you find that you need an aggressive representative to fight for you every step of the way, call (800) 203-3061. We are eager to speak with you.