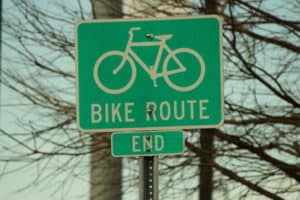 Palmdale, CA (June 25, 2020) – On Wednesday evening, Veronica Rojas died after being struck by an SUV on East Avenue S and Sierra Highway.

The 65-year-old woman was with her dog on a cemented path when an SUV carrying six teens jumped the curb and hit her.

According to the report, Los Angeles County sheriff’s deputies have been pursuing the said vehicle. They called off the chase before the crash, around 7:50 p.m. the same night.

Apparently, the SUV was on Avenue S when it crossed the sidewalk that separates the four-lane road from the bike path.

That is when the victim was hit. The vehicle then continued up a grassy berm and bumped into a brick wall bordering the Boulders mobile home park.

The female Palmdale resident died at the scene, while her dog ran away.

Additionally, the vehicle had been associated with a felony suspect, considered armed and dangerous. Furthermore, the driver was speeding and running red lights during the chase.

All six passengers were taken into custody, while some of them suffered minor injuries. Four of the passengers are under the age of 18.

We at Sweet Lawyers extend our sympathies to the family and friends of Veronica Rojas.

How to Deal With Wrongful Death

While the loss of a dear one is irreversible, it is in the best interest of you and your family to be aware of what to do next. It is crucial that the family of Ms. Rojas become aware that they have the authority to file a wrongful death suit.

A wrongful death suit allows families to acquire some semblance of justice.

In regards to this incident, losing a loved one in a road accident is devastating to go through. If you would like to work with a wrongful death representative, consider Sweet Lawyers. Our mission is to provide you with the best legal assistance from beginning to end. We understand that you may feel overwhelmed at this time. Thus, we encourage you to grieve and recover as we handle the legal details of your case. For a free case evaluation, call (800) 674 7852. Additionally, you may send us an e-mail or talk to our live chat agents.