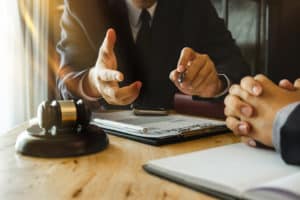 The University of California, Los Angeles (“UCLA”) is expected to offer $73 million to the victims, along with obliging demands to reform the medical school’s sexual misconduct procedures, per the class action sexual misconduct settlement.

If the suit is wholly accepted, UCLA will be paying Dr. James Heaps’ former patients anywhere between $2,500 and $250,000 each, according to The Daily Bruin.

The amount is dependent on individual circumstance, with some patients getting higher settlements in more “extraordinary cases,” according to court filings. However, victims of Dr. James Heaps may be able to “opt-out” of the settlement, and if you are interested in doing so, we would urge you to consult with an attorney immediately.

Two law firms previously filed a class action suit in the summer of 2019, alleging UCLA did not respond appropriately to sexual misconduct claims made against Heaps. In Monday’s agreement, the Regents of the University of California and Heaps, the defendants, denied allegations of wrongdoing.

Dr. James Heaps, who worked as a UCLA gynecologist for over 30 years, is accused of abusing women during medical examinations over a seven-year span, from 2011 to 2018.

Although the prosecutors’ case against Dr. Heaps only includes the accusations of seven former female patients, multiple lawsuits have been filed against him for sexual battery taking place as early as 1989.

In the court filings, it is estimated that more than 6,600 people may be eligible to receive funds from the settlement.

UCLA has already identified about 5,000 eligible patients from its records, but there may be as many as 1,600 more former patients who are eligible that UCLA no longer holds records for.

Opting Out of the Current Settlement

If you believe you suffered sexual battery or other misconduct by Dr. Heaps, you have certain rights and legal remedies.
As part of the settlement, the former patients that are eligible to receive funds would automatically be included in the Settlement, unless they opt out. According to the terms of the Settlement, Class members who do not opt out of the settlement would be prohibited from filing individual sexual misconduct lawsuits against Heaps.

Plaintiffs involved in ongoing individual lawsuits would also be forced to opt out or drop their separate sexual misconduct cases against James Heaps.
UCLA Health said in a statement that it is working to protect patients, and confirmed that the settlement is pending court approval.

The university investigated UCLA Health’s sexual misconduct procedures and is working to implement the investigators’ recommendations.

A significant component of the suit would require UCLA medical facilities to reform their policies related to responding to any claims of sexual harassment. The specifics include updating the UC’s Policy on Sexual Violence and Sexual Harassment, as well as implementing a mandatory chaperone program for sensitive medical visits and/or procedures.

Other new efforts to circumvent misconduct include requiring every UCLA physician pass a boundaries training course, which would take effect in July 2021.

The UCLA Health and Arthur Ashe Student Health and Wellness Center websites would also be required to display links informing patients of non-discrimination policies, along with a guide on how to report sexual assault.

Another aspect of this settlement that will go into effect is the Title IX Office working with UCLA Health and the Ashe Center to oversee the implementation of reforms and respond to sexual misconduct allegations. UCLA Health will also be expected to employ two Title IX investigators.

The UC Office of the President, senior vice president for ethics, and compliance and audit services plan to work with UCLA to implement the required reforms, and annual reports would be sent to the class action plaintiffs’ lawyers, the university chancellor and the UC Board of Regents for a minimum of three years.

Moving Forward with a Separate Lawsuit

Do you wish to opt out of this suit in favor of filing a lawsuit specific to your experiences?

If you were ever subjected to questionable and abusive behavior as a patient under Dr. Heaps, please reach out to us at Sweet Lawyers. You may be eligible for compensation outside of the Class Settlement.

In not opting out of the current class action, you risk giving up your legal right to sue Dr. Heaps or UCLA in the future.

Our professional team is ready to discuss your legal options in this case in a free, confidential consultation. This consultation does not obligate you to move forward; however, if you do wish to proceed, know that California law allows victims of sexual abuse or assault to keep their identity a secret. Therefore, your case could be easily filed under the name “Jane Doe.” Contact us now while there’s still time.