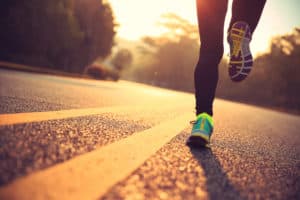 BERKELEY, CA (June 18, 2018) – A young woman was hospitalized Monday evening following a pedestrian collision on Durant Avenue. Her identity was not immediately released to the public.

According to police reports, the incident occurred shortly before 9:45 PM at the intersection of Durant Avenue and Dana Street when an eastbound vehicle struck the 21-year-old UC Berkeley student who was jogging in the area.

The victim suffered serious injuries and was rushed to a local hospital, where she was listed in critical condition due to a head injury sustained in the accident.

The driver of the vehicle, 26-year-old Esteban Slavitt of Berkeley, was arrested after investigators determined that he was intoxicated at the time of the crash. He remains in custody and has been charged with driving under the influence causing injury, a felony, as well as a special allegation for causing great bodily injury, as per online jail records.

It is important to always stay alert and aware behind the wheel. Do not drive if you are under the influence of drugs or alcohol, as driving while impaired can lead to disastrous collisions. By obeying traffic laws and being cautious of your surroundings, you can prevent unforeseen accidents and keep yourself and others safe on the road.

If you or a loved one was injured in a pedestrian accident caused by the irresponsible driving of a person under the influence, contact the experienced personal injury lawyers at Sweet Law Group. We promise to fight for you, until we achieve the proper compensation and justice that you and your family deserve. Call our offices at (800) 203-3061 for a free consultation with a legal professional in your area. You can also reach us by email, online chat, and text message.