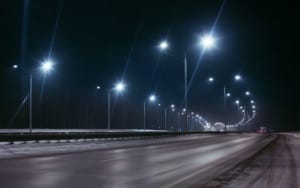 The fatal crash happened around 11:40 p.m. on westbound 80 Freeway at Appian Way off-ramp.

According to the CHP, a Chevrolet Trailblazer was traveling the wrong way when it struck a Toyota pickup truck.

As a result, the two occupants in the Toyota were pronounced dead at the scene. The Contra Costa County coroner’s office identified them Tuesday morning as Tyra Chappell, 52, of American Canyon and Frederic Chappell, 76, of Vallejo.

Meanwhile, paramedics took the unidentified wrong-way driver to a hospital with unspecified injuries.

Before the crash, Pinole police spotted the Trailblazer making several illegal maneuvers. The vehicle went on and off the freeway, finally exiting at Appian Way and stopping in the middle of an intersection, where a passenger got out, the CHP said.

Police tried to get the Trailblazer to stop, but it left after the passenger exited. Police didn’t pursue the vehicle, but stayed with the passenger, according to the CHP.

Less than a minute after the Trailblazer left, the head-on crash happened, authorities said.

The CHP shut down the freeway for hours to clear the wreckage. All lanes of the freeway reopened at 3:35 a.m. Tuesday.

The crash is still under investigation.

We express our deepest condolences to the families and friends of Tyra Chappell and Frederic Chappell during this time of grief.