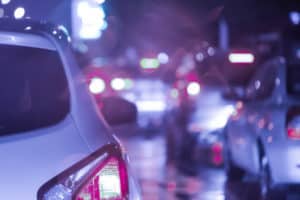 Officers responded to the incident just before 10:00 p.m., on April 14. Emergency personnel arrived on Highway 140 near Santa Fe Avenue.

According to the police reports, a southbound and a northbound vehicle both fatally struck the woman who was situated in the middle of the highway.

Authorities have not disclosed the deceased victim’s identity. However, she was later described as a woman in her 30s.

Moreover, detectives also said that the drivers will most likely not face any charges.

The surrounding area on Highway 140 was closed off for a brief time during cleanup and preliminary duties. However, the road later reopened around 1:30 a.m., on Thursday.

No further information has been released to the public at this time. Once available, more details will be given.

We would like to send our sincere condolences to the loved ones of the deceased woman during this difficult time.

If you or a loved one has been involved in a similar auto accident, you do not have to face the aftermath alone. While you face a road of recovery ahead, we plan to work on your case to hold the negligent driver accountable. Above all, we believe you deserve the best legal representation and proper compensation for your pain and suffering. Our team is here for you and your family during this difficult time in your lives. You are not alone, let us guide you through the next steps. For more information, call us at (800) 674 7852 to schedule a free consultation. In addition, we can also be contacted 24 hours a day and 7 days a week by email, online chat, and text message.