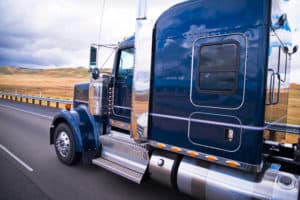 FIREBAUGH, CA (August 21, 2019) – Two people were killed when the SUV they were in crashed into a big rig hauling tomatoes Wednesday morning in Fresno County.

The crash happened around 9:36 a.m. at the intersection of North San Diego Avenue and West Shaw Avenue.

According to the California Highway Patrol, the big rig was pulling a double trailer. The SUV ran a stop sign and struck the second trailer.

As a result, two occupants in the SUV sustained fatal injuries and were pronounced dead at the scene.

Officers closed the roadway for unknown duration while they investigated the incident. The roadway was reopened around 1:17 p.m.

We express our deepest condolences to the families and friends of the victims during this time of grief.