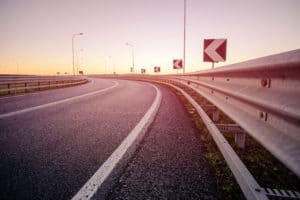 VACAVILLE, CA (June 19, 2019) – Two people were injured when a big rig and a sedan collided Wednesday morning in Vacaville.

The crash happened around 5:27 a.m. on southbound 505 Freeway at Allendale Road.

According to CHP report, a green sedan was swerving all over the roadway when it collided with the big rig. The car then went off the freeway and into a ditch, where it landed on its roof. The big rig pulled over on the right shoulder.

Both the driver and passenger in the sedan were injured from the crash. Emergency crews were dispatched to the scene to give aid.

Two people were reportedly trying to get a ride and leave the scene, but no further details were provided.

An initial log also indicated that the sedan came from a casino when the driver lost control of the vehicle.

It is unknown if drugs and/or alcohol were contributing factors. The crash remains under investigation.

Road accidents involving trucks are common in the U.S. Thus, it is always important to drive safely to get rid of this type of accident. Following traffic regulations such as speed limits is a must at all times.

Many injury accidents may bring your life to a standstill as you recover from your injuries. In addition to the physical and emotional pain you go through, you lose your finances by paying medical bills and spending days off your job. Please call the Sweet Lawyers at (800) 674 7852 to have your case reviewed by a legal expert. Let us help you.