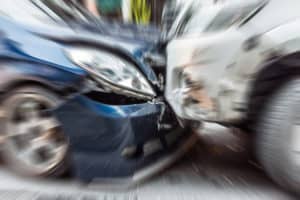 To begin, the collision took place at approximately 3:45 PM, near the intersection of North Avenue. Based on an initial report, the accident was between a pickup truck and a Regional Transit truck. The impact consequently pushed the truck into another vehicle after it was hit.

According to the paramedics, one person was consequently trapped inside the truck as a result of the impact. They subsequently suffered non-life-threatening injuries. In addition, another victim was also listed in a critical condition due to the extent of their injuries. The second victim was then quickly transported to a nearby hospital or further treatment.

Sacramento Fire Department’s Hazardous Materials Team was eventually called to the scene after liquids from the vehicles spilled onto the roadway.

Furthermore, the crash is still currently under investigation.

Wong-way driving can lead to a dangerous accident like a head-on crash. When you are behind the wheel, always ensure that you stay at the right lane and maintain safe following distances for your speed. Avoid distractions, especially your cell phone, and keep your eyes on the road. Even a brief moment of distraction can lead to dire consequences.

If you or a loved one has been injured in an accident like a head-on crash, we suggest that you talk to a lawyer that you can trust. In the hands of our professional lawyers, you can focus on your recovery while we take care of working to get you the justice that you deserve. For more details, please call us for a free consultation at (800) 674 7852.