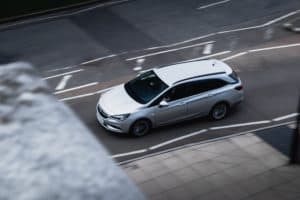 The crash happened just before 10:00 a.m. about 3 miles north of Stockdale Highway.

Officials said an SUV was traveling southbound on 5 Freeway when it went into the center divider before veering to the right shoulder. It then overturned several times, ejecting two juveniles from the car.

As a result, a 10-year-old boy died at the scene. A 13-year-old girl was rushed to a hospital, where she was also declared dead. Both were not wearing seat belts during the crash.

The driver and two other passengers suffered minor to moderate injuries.

No identifying information is being released at this time. CHP officials are still investigating the cause of the crash.

No words can mend the broken hearts and sorrow felt during this delicate moment. Our deepest condolences and sympathies are with the loved ones and friends affected by this tragic loss.

If you have lost a family member in a car accident in which negligence of another party was a factor, contact an experienced wrongful death attorney at the Sweet Lawyers today. For over 44 years, we have obtained justice and maximum settlement for bereaved families , and we can do the same for your family. Call us for a free consultation at (800) 674 7852.