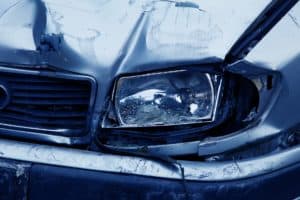 According to police reports, the incident occurred at about 6:05 a.m. near Tejon Highway and Buena Vista Boulevard.

The California Highway Patrol revealed that a westbound pickup truck didn’t yield at the stop sign. As a result, the pickup crashed with another vehicle.

The pickup truck’s driver escaped the crash scene before the authorities’ arrival. They then used a K-9 to look for the suspect hit-and-run driver.

Meanwhile, the driver of the sedan was the sole occupant of the vehicle during the crash. When the medical responders arrived at the scene, they took the sedan driver to the hospital for treatment of major injuries.

To increase your chances of safety, be wary of your surroundings. Car accidents like the two-car crash near Tejon Highway can happen when we least expect them. Therefore, we must be mindful of our actions behind the wheel. In busy intersections and when driving at night, remain vigilant, look out for trouble, and prepare to stop.

As a modern law firm with over 40 years of practice, the Sweet Lawyers know precisely how to navigate the legal system. We’ve assisted many car accident victims in their legal battle. If you believe you might have a case and would like to pursue it with an aggressive yet compassionate legal professional on your side, call (800) 674 7852. Together, we’ll ensure that your case proves the other person’s negligence, thus, granting you a maximum settlement.