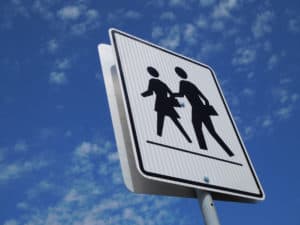 TUMWATER, WA (December 19, 2018) – A man checking his mail Monday was fatally struck by a vehicle in the 9400 block of Little Rock Road Southwest near 93rd Avenue Southwest.

The incident happened around 9:30 p.m., just southwest of Tumwater.

According to the Sheriff’s Office, the pedestrian was crossing the street near his home to check the mail when he was hit by a northbound vehicle. It appeared the driver saw the man and tried swerving but was unsuccessful in avoiding a crash.

The unidentified pedestrian died in the collision and the driver was not believed to be impaired at the time.

In light of this tragedy, our law firm would like to send our deepest thoughts and sympathies to the bereaved family and friends of the victim.

For a qualified litigator who can undertake your wrongful death case, turn to the Sweet Law Group. We handle cases involving wrongful death and personal injury. If you have been involved in a negligent traffic collision and would like to pursue a case against the at-fault party, call (800) 203-3061. We offer distinguished legal guidance and representation to those seeking justice. It’s not too late for you. When browsing for a highly trusted and experienced wrongful death attorney, hire one of ours.