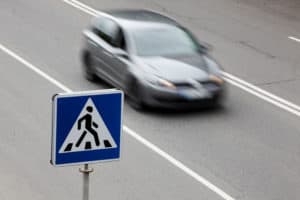 Officers received reports in a 911 call at 6:31 p.m. about a man that was acting strangely and walking in traffic lanes on Cedar Avenue just south of Marygold Avenue, the Coroner’s Office stated. A few minutes later, it was reported that a northbound pickup struck the man.

The CHP said that the pickup was described as a silver 2015 Toyota Tundra. The driver left the Tundra on Magnolia Street, north of Marygold. Then, a four-door sedan hit Varnado, and that driver also failed to stop, according to the CHP.

The CHP has identified a person of interest as the driver of the Tundra.

Our deepest thoughts and prayers are with the family and friends of Troy Varnado. We wish them strength and comfort during this trying time.

Trust the experienced wrongful death lawyers at Sweet Law group when dealing with a hit-and-run incident. We understand what you and your family are going through and are here to help. With over 40 years of experience in the legal field, our team knows what it takes to win your case. We have dealt with a variety of cases including personal injury, wrongful death, disability, and car accidents. Call us at (800) 203-3061 to arrange your free consultation with an experienced legal professional in your area. For your convenience, we are also available through email, text message, and online chat 24 hours a day and 7 days a week.