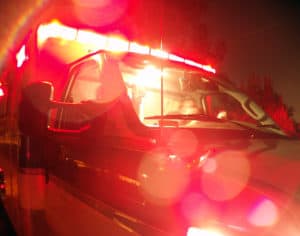 SEATTLE, WA (May 1, 2019) – A newlywed ironworker perished when a crane collapsed on Mercer Street near Fairview Avenue North Saturday afternoon.

However, around 3:30 p.m. Saturday, as he and another ironworker were attempting to dismantle a crane, the unbelievable occurred.

The crane came plummeting down onto Mercer Street from Google’s new Seattle campus. Captured footage showed the crane toppling down before snapping into two pieces and striking several cars below.

Andrew Yoder, of North Bend, Wash., was the 31-year-old ironworker operating the crane alongside with him. He, as well as 19-year-old Sarah Wong and 71-year-old Alan Justad, died in the incident.

Wong, a Pasadena, Calif., resident was a Seattle Pacific University freshman while loved ones remember Justad as a retired Seattle City employee. It appeared the crane struck both victims’ cars at the time.

According to Timothy Galarnyk, a construction safety expert, there’s a chance that human error may have caused the accident over structural or mechanical failure.

To corroborate his statement, trial attorney David L. Kwass stated pins connecting the crane components may have been removed earlier on, adding to the fall. Kwass further notes that those pins were supposed to be secured until all sections were under control.

In addition, witnesses stated that wind gusts of 18 to 23 mph were present at the time, which may have hastened the collapse.

However, as five companies are still under investigation, the ultimate cause remains unknown and no facts have been confirmed thus far.

To those mourning the sudden loss of Travis Corbet, the Sweet Law Group would like to express our sympathies to you and hope you find strength during this heavy time.

The Sweet Law Group is pleased to discuss your wrongful death case with you to help determine your option.s Because the death of a loved one is unbearable, settling with the circumstances may appear like the easy way out. However, our attorneys disagree. Call (800) 674 7852 to file a wrongful death claim. Our goal is to win you the help needed to recover comfortably.