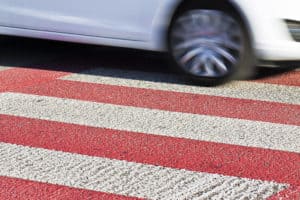 OCEANSIDE, CA (December 18, 2019) – The authorities confirmed that a hit-and-run driver struck and killed a pedestrian, identified as Tran Thanhminh on Mission Avenue on Wednesday night.

According to the California Highway Patrol, the incident happened near Douglas Drive at approximately 10:15 PM.

Reports showed that Wesley Stuart was driving a 2011 Chevrolet Silverado on Mission Avenue at a high speed when he ran a red light and collided with a Ford F-150 pickup. He then backed up and later on struck a pedestrian in a crosswalk.

27-year-old Thanhminh was dragged about 150 feet down the street and was pronounced dead at the scene.

Stuart fled on foot, along with a passenger. He was later arrested on suspicion of vehicular manslaughter, misdemeanor hit-and-run and felony driving under the influence.

Sweet Lawyers is sending sincere sympathies to the family and friends of Tran Thanhminh.

If you have lost a loved one in a DUI crash on the road, contact the wrongful death lawyers at Sweet Lawyers. We understand what you and your family are going through and are here to help. Sweet Lawyers have over 40 years of experience in the legal field. As a result, we know what it takes to win your case. We have dealt with a variety of cases including personal injury, wrongful death, and disability. Contact our offices by calling (800) 674 7852 to arrange a free, no-obligation consultation with an experienced legal professional in your area. In addition, we can also be contacted 24 hours a day and 7 days a week by email, online chat, and text message. We know what it takes to win your lawsuit. Above all, we believe you deserve the best legal representation and proper compensation for your pain and suffering.