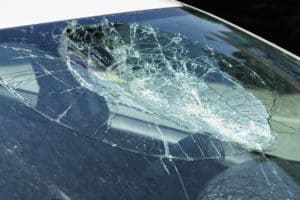 According to reports from authorities, the car collision shut down all of the southbound lanes of the 5 Freeway Bridge. Consequently, they remained closed for almost an hour.

Moreover, the authorities confirmed that they first received a report of the car crash at 1:23 p.m.

As of this time, it’s still unclear if someone sustained injuries in this collision.

However, it was reported that at around 1:30 p.m., the firefighters extricated one patient from the wreckage.

The crash on the 5 Freeway in Washougal also caused delays on westbound state Highway 14. Fortunately, at 2:30 p.m., the lanes reopened.

“Expect delays, and avoid the area if possible OR use I-205 as an alternate route,” the Washington State Department of Transportation stated.

Whenever driving a car, pay attention, be alert and follow all road signs and traffic lights. There are plenty of ways to practice safe and defensive driving to avoid incidents like the crash on the 5 Freeway. If you are impaired, use public transportation or a ride share service. Also, by obeying traffic laws and being cautious of the conditions of the road, you can help prevent an unforeseen accident and keep yourself and others safe.

If you’ve been involved in a car collision, never hesitate to turn to Sweet Lawyers. We know what you’re going through and we will offer you the best legal solutions! Our countless experiences in dealing with DUI car accident cases can assure you that we know what it takes to win your case. Call our offices at (800) 674 7852 for a free consultation with a professional in your area. You can also reach us via email, online chat, and text message 24 hours a day and 7 days a week.