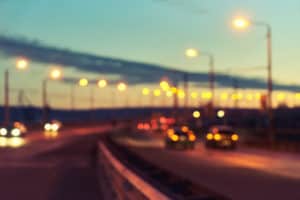 Motorcyclist Killed by Wrong-Way Driver on 405 Freeway in Torrance

TORRANCE, CA (February 6, 2018) – A motorcyclist died and a DUI suspect was arrested after a wrong-way crash occurred in Torrance on Sunday, February 4.

The crash happened shortly before 3 AM on the southbound side of 405 Freeway near Artesia Boulevard. According to California Highway Patrol, a 22-year-old driver of a 1987 Dodge pickup truck was driving northbound when he collided with a 2006 Harley-Davidson.

A 57-year-old man of Hawthorne was thrown off of his motorcycle and died at the scene.

Firefighters had to use the Jaws of Life to pull out the San Diego resident from the pickup, which was pinned up against a wall. He sustained major injuries and was brought to the Harbor-UCLA Medical Center.

Authorities closed off the southbound side of the 405 to investigate the incident. The roadway was reopened at around 8:30 AM that same morning. Highway Patrol stated, “Alcohol is being investigated as a contributing factor in this collision.” The names of the motorcyclist and the DUI suspect were not immediately released by the authorities.

We at Sweet Law Group offer our deepest sympathies to the family and friends of the man killed in this tragic accident.

With over 40 years of experience in the legal field, Sweet Law Group knows what it takes to win your personal injury case. We have dealt with a variety of cases including wrongful death, personal injury, and car accidents. Call us at (800) 203-3061 to arrange your free consultation with an experienced legal professional in your area.