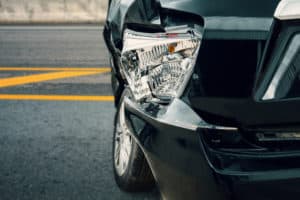 Apparently, Lowe was walking along the road when a white SUV struck him.

Unfortunately, Lowe incurred fatal injuries and was pronounced dead at the scene.

“He’s a best friend but more like a little brother,” Rick Crowe said.

Crowe and Lowe met when they were only five years old and grew up together in the Bay Area.

When they got older, they both bought houses in Sacramento so that they would be close to each other.

“Everybody has a story with Tony and how he helped them — like if they bought a house, he was over there putting in their floors,” he said.

A surveillance video from a nearby business shows the involved driver got out of the vehicle to see what they had done. Then, went back to the car and drove away.

“I don’t think it was their fault at all, and I almost feel just as bad for them, but still, I think the mistake they made was driving off. I couldn’t imagine if I did something like that, even if I thought I got away with it, how I would feel,” Crowe said.

Crowe took the video to several car dealerships to see if anyone could identify the suspect’s vehicle.

All of the people he spoke with said it appears to be a white Dodge Durango. However, the plate number could not be read on the video.

Now, Crowe hopes the person in the video turns themselves in.

“I hope the person turns themself in before they get caught so it isn’t so bad on them,” he said. “I don’t think the family or anybody is looking for revenge or anything just closure.”

Also, Crowe said CHP has a copy of the video and they are investigating.

Furthermore, Lowe’s family set up a GoFundMe page for his funeral expenses.

Sweet Lawyers would like to express our condolences to the family and friends of Tony Lowe. Our thoughts are with you during this difficult time.

What To Do in Case of Similar Accidents

Mark Sweet, one of the award-winning wrongful attorneys says, “The most valuable step a family can take in response to a serious accident is hiring an attorney. Indeed, a wrongful death case can help your family find closure while securing your future from further losses.”

The last thing most families want to deal with is piles of paperwork following a tragedy.

As a modern law firm with over 40 years of practice, Sweet Lawyers know precisely how to navigate the legal system. Additionally, we’ve assisted many families in their delicate legal battles. Therefore, if you believe you might have a hit-and-run case and would like to pursue it with an aggressive, yet compassionate legal professional on your side, call (800) 674 7854. Also, you may also reach us at any time through an e-mail or a text message. Together, we’ll ensure that your case proves the other party’s negligence, thus granting you a maximum settlement to move forward.