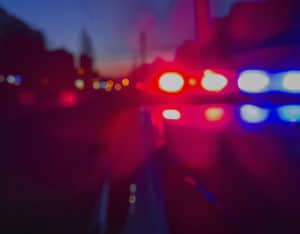 The accident took place on Fruitvale Avenue and Hageman Road near the Pour House bar just before 2 a.m. on Sunday, June 23.

According to California Highway Patrol, officers arrived on the scene and discovered Sanders, who was hit by an M&S Security vehicle. 40-year-old Sanders sustained major injuries and paramedics took her to Kern Medical where she later died.

A postmortem examination ruled Sanders’ cause of death as multiple blunt force trauma and the manner of death is an accident.

CHP said that the 25-year-old driver Matthew B. Tevelde reached down to pick up an item. Then when he looked up he struck the woman. Officials stated that they have not yet found out why she was out on the road.

Officials examined Tevelde and determined that he was not under the influence of drugs or alcohol.

There have been no arrests but the investigation is ongoing.

A GoFundMe page has been set up for the funeral costs and expenses for transporting Sander’s body to Sacramento.

Our deepest thoughts and prayers are with the family and friends of Tiffany Sanders. We at Sweet Law Group wish them strength and comfort during this difficult time.

Distinguished legal representation starts with a tried-and-true attorney. At the Sweet Law Group, we lead a team of professionals dedicated to client satisfaction. If you have sustained injuries or have suffered a wrongful death in the family, contact our lawyers to prosecute the reckless driver. We have 44 years of practice and have the best resources on hand to guide you. To schedule your free consultation, call (800) 674 7852.