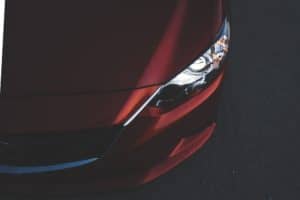 A 40-year-old male driver of a 2006 Volkswagen was heading west on Highway 152 shortly after 4:00 p.m. There, he swerved into the center median in the number one lane for unknown reasons.

His vehicle then overturned and entered the eastbound lanes. There, the right side of the Volkswagen collided with the front left side of a 2009 Freight-Liner Big-Rig that was towing a trailer in the number two lane.

The driver of the Volkswagen was ejected before the car became engulfed in flames. He was later pronounced dead on scene.

Moreover, the big-rig continued off the roadway where it struck an exit sign and a barbed wire fence. The front axle of the Volkswagen also detached and was thrown into the westbound lanes where it collided with the front of a 2015 Nissan.

Reports also indicate that the Bloomington Fire Department used the Jaws of Life to extricate victims from the wrecked vehicles.

Our firm would like to send our thoughts and condolences to the loved ones of the deceased victim during this tragic time.

Hiring a wrongful death attorney to handle your auto accident is a sensible move. At the Sweet Law Group, we work our fingers to the bone to win each case. With our 98-percent case success rate and over four decades of knowledge and practice, we assure that you are partnering with an established and successful firm. Our goal is to exceed your expectations and secure your future from further losses. Schedule your free consultation with our case evaluators and call (800) 674-7852.