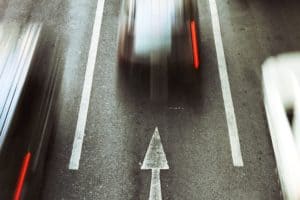 According to the California Highway Patrol, the collision took place at about 12:15 PM near Jug Handle Creek Bridge. A 2003 Saturn, driven by 64-year-old Richard Hall of Fort Bragg, was heading north on the highway at approximately 60 mph when it veered into the path of a southbound 2013 Ford.

The Ford driver, a 47-year-old Napa woman, along with her 47-year-old male passenger, was taken to Mendocino Coast District Hospital in Fort Bragg with major injuries. Hall also sustained serious injuries and was transported to the Santa Rosa Memorial Hospital. Officers later arrested Hall on suspicion of driving under the influence of alcohol at the time of the collision.

The identities of the Ford occupants remain undisclosed as the CHP claimed that the report was still incomplete. No further details were immediately available to the public.

It is important to always stay alert and aware behind the wheel. Do not drive if you are under the influence of drugs or alcohol, as driving while impaired can lead to disastrous collisions. By obeying traffic laws and being cautious of your surroundings, you can prevent unforeseen accidents and keep yourself and others safe on the road.

If you or a loved one was injured in an accident caused by the irresponsible driving of a person under the influence, contact the experienced personal injury lawyers at Sweet Law Group. We promise to fight for you, until we achieve the proper compensation and justice that you and your family deserve. Call our offices at (800) 203-3061 for a free consultation with a legal professional in your area. You can also reach us by email, online chat, and text message.