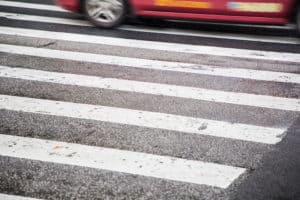 SEATTLE, WA (March 11, 2018) – The identity of the driver responsible for a hit-and-run accident that took place on March 11th was already pinned down by Seattle Police. However, they are still seeking the public’s help to point out the location of the vehicle involved: a beige 1998 Mazda Protege with Washington license plates BGY9857.

The collision happened on Sunday at around 6:20 PM after multiple witnesses called about a Mazda that ran a red light at 12th Avenue South and South Charles Street intersection.

63-year-old Terry Johnson, who moved recently from Alaska to Seattle, was crossing in the southernmost crosswalk when the accelerating Mazda struck him. Its driver and four passengers headed south on Golf Drive South to quickly escaped from the scene.

Terry Johnson was rushed to Harborview Medical Center, where he is still being treated for multiple critical injuries such as a traumatic brain injury and fractures to his ribs, spine, face, and legs. The victim is known for his active volunteer work at the men’s shelter at the Seattle Indian Center and as a long-distance bicyclist. He was on his way home when he was struck by the vehicle.

Police have already identified and contacted the owner of the Mazda, who refused to cooperate with the ongoing investigation. The location of the car is unknown as of this moment.

Authorities believe that the owner might have hidden the car and is trying to get the damage from the collision repaired. Investigators say that they would need the vehicle to strongly prove the driver’s responsibility in the charges against him.

Crime Stoppers is offering a cash reward of up to $1,000 to anyone who helps officers locate the car. Witnesses or anyone with relevant information is encouraged to cooperate with the police by calling 911 or Crime Stoppers at (800) 222-TIPS (8477).

If involved in an accident on the road, make sure to stay at the scene and make sure everyone is okay. Call authorities to file a police report and send medical help to the injured parties. Fleeing from the scene is not only illegal but if caught, will result in more severe disciplinary action.

If involved in hit-and-run incident, contact the experienced personal injury lawyers at Sweet Law Group. We promise to work for you, day and night, until we achieve the compensation and justice that you and your family deserve. You can call our offices at (800) 203-3061 for a free consultation, and discuss your case with a legal professional in your area. We can also be contacted 24 hours a day/ 7 days a week by email, online chat, and text message to serve you better.