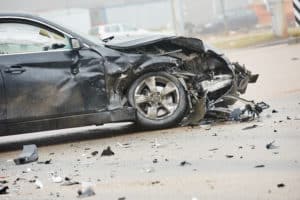 Hinkson also confirmed that the crash led to two fatalities. Furthermore, the victims were the sole occupants of their respective vehicles.

According to the CHP, a Toyota traveling east drove across the oncoming lanes. Also, as the driver made a sweeping right turn, the vehicle crashed with a Ford pickup.

Due to the impact, both vehicles were engulfed with flames which resulted in a vegetation fire on the right-hand shoulder, east of the Shasta-Trinity county line.

Our deepest sympathies are extended to the family and friends of Terry Hugh Hitchcock.

Sweet Lawyers draw their passion from their drive to help others. We’re legal advocates seeking truth and justice. Our law group is well-versed in the legal justice system and has no problem overcoming challenges. If you are facing a wrongful death case, call (800) 674 7852. Furthermore, we encourage you to rest and rehabilitate. We will determine the ideal approach to getting you a satisfying settlement to cover the financial toll the loss of a loved one has caused. If you’re interested, call our wrongful death attorneys today while there’s still time.