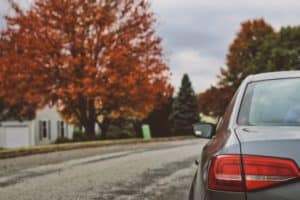 According to Ceres Police Sgt. Greg Yotsuya, shortly before 11 p.m., a 2006 Dodge sedan traveling south of Musick Avenue moved at a high rate of speed.

The driver of the sedan then lost control and struck two parked cars on the east side of the road. After that, the Dodge continued south, then crashed into a home at the corner of Musick and Woodworth Avenue and finally stopped in the back yard. No one was inside the house.

When officers arrived at the area, they found a 16-year-old with a gaping chest wound lying on the ground. They discovered him next to the parked vehicles the Dodge struck, Yotsuya stated. Paramedics brought him to a hospital in critical condition.

Officers also found the teen’s brother who is in his 20s, with a head injury at a nearby home. According to Yotsuya, it’s possible he was the driver.

Investigators are trying to find out if he fled or left the scene to get help. They are also investigating whether he was under the influence.

Serious accidents can happen anywhere and to anyone. One small mistake when driving can lead to disastrous results. When we practice safety by using our seat belts, obeying the speed limit and paying attention to the road, we can avoid tragic consequences.

If you or a loved one has been injured in a car crash caused by a reckless and negligent driver, contact Sweet Lawyers. We have over 40 years of experience in the field, and know what it takes to win your case and achieve the justice and compensation that you deserve. Call us at (800) 674 7852 now, for a free case evaluation by a legal professional in your area. You can also reach us by online chat, text message, and email.