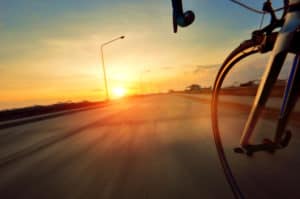 STANTON, CA (October 8, 2018) – A man was killed Monday afternoon following a bicycle crash near Magnolia Avenue. The deceased victim was later identified as 79-year-old Tam Nguyen, a resident of Anaheim.

According to the Orange County Sheriff’s Department, the incident took place at about 1:50 PM on West Cerritos Avenue. The elderly victim was riding a white Ancheer electric bicycle when he was struck by a vehicle.

Paramedics attempted to resuscitate the bicyclist, who was later rushed to the UC Irvine Medical Center for treatment. Unfortunately, Nguyen succumbed to his injuries and was pronounced dead around 3:00 PM. Meanwhile, the driver of the vehicle initially pulled into a parking lot before returning to the scene. No charges or arrests have been made at this time.

Alcohol and drugs were ruled out as possible contributing factors in the fatal crash, which remains under investigation. Additional information will be released once it becomes available.

We at Sweet Law Group offer our heartfelt condolences to the family and friends of Tam Nguyen. Wishing them strength and support during this very trying time. May he rest in peace.

If a loved one was wrongfully killed in a bicycle accident, reach out to the experienced attorneys at Sweet Law Group. We have over 40 years of experience in the legal field, and we know what it takes to win your wrongful death case. We promise to fight for you and your family until we achieve the justice and compensation that is owed. Call now for a free, no-obligation consultation at (800) 203-3061, and speak to a legal professional about your case in a location near you. For your convenience, we can also be contacted 24 hours a day and 7 days a week by email, online chat, and text message.