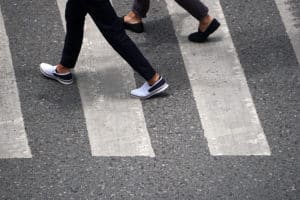 TACOMA, WA (January 19, 2018) – On Friday night around 7PM, a pedestrian was fatally injured in an accident on Sixth Avenue near Pearl Street.

According to police spokeswoman, Loretta Cool, the 69-year-old woman was crossing Sixth Ave, when she was struck by a car. She was taken to the St. Joseph Medical Center, where she succumbed to her injuries and was pronounced dead around 7:30 PM that same evening.

The driver remained on the scene and cooperated with officials. Police do not believe that the driver was under the influence of drugs and/ or alcohol during the fatal incident.

Streets in the area were closed while authorities investigated and interviewed witnesses and the driver. The cause for the crash and still unknown. The identity of the 69-year-old woman has not yet been released to the public.

Condolences to the friends and family of the victim. May she rest in peace.

Losing a loved one in an accident is extremely devastating and difficult. If you find yourself in this situation, contact the wrongful death lawyers at Sweet Law Group. We promise to fight and achieve the justice and compensation that you and your family deserve. Call now to arrange your free initial meeting with a legal professional (800) 203-3061. We are available to our clients, day and night, through email, text message, phone call, and chat.