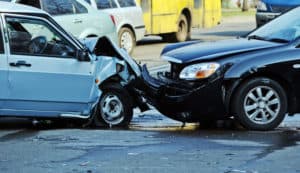 SYLMAR, CA (March 3, 2018) – A woman was killed and three children were injured in a two-car collision on the 5 Freeway near the 210 Freeway on Saturday morning.

According to fire officials, the unidentified woman was pronounced dead at the scene due to injuries sustained in the accident. An 8-year-old, one of three children in the same vehicle as the woman, was rushed to a hospital in critical condition. The two other children, whose gender and age are unknown, were hospitalized with non-life threatening injuries.

The occupants of the second vehicle were unhurt, a spokesperson for the California Highway Patrol confirmed. Authorities did not immediately announce the cause of the fatal collision.

A SigAlert was implemented for the southbound lanes of Interstate 5 after 10:00 AM when the crash was reported.

Heartfelt condolences to the family and friends of the deceased woman. May she rest in peace.

If you have lost a loved one in an auto accident caused by a reckless or irresponsible driver, contact the wrongful death lawyers at Sweet Law Group. Our firm has over 40 years of experience in the field, and we know what it takes to achieve the justice and compensation that you and your family deserve. Call (800) 203-3061 and arrange a free initial meeting with an experienced legal professional in your area.