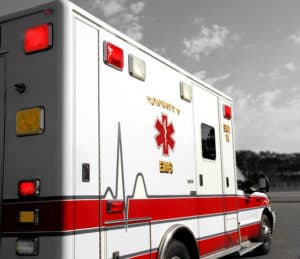 According to the Washington State Patrol, the collision took place at about 7:15 AM at Old Milton Highway near College Place. English-Hawkins was not wearing a seatbelt at the time of the collision and was ejected from her vehicle. She was pronounced dead at the scene by emergency responders.

Two juvenile passengers in her vehicle were injured and transported to the Providence St. Mary Medical Center. Two other drivers, 38-year-old Flor Perez of Walla Walla and 27-year-old Ruby Gonzalez-Romero of Milton-Freewater, were injured and also transported to the same hospital for treatment. The fourth driver, 24-year-old McKenzie Fuhrman of Weston, was uninjured in the accident.

The fatal pile-up reportedly started when Perez lost control and collided with English-Hawkins’ vehicle in the intersection, before crashing into the other two vehicles. State Route 125 was closed for several hours while crews cleaned up the area and officials conducted their investigation.

No additional information has been released to the public at this time.

We at Sweet Law Group would like to express our deepest sympathies to the family and friends of Sydney English-Hawkins. We wish them strength and comfort as they grieve for their loss. May she rest in peace.

Losing a loved one in a tragic car accident is extremely devastaging. Contact the wrongful death lawyers at Sweet Law Group, and let us help you through this difficult time. We promise to fight, day and night, until we achieve the justice and compensation that is owed to you and your family. Call our offices at (800) 203-3061 for a free, no-obligation consultation at a location near you. We are also available to clients 24 hours a day/ 7 days a week through email, text message, phone, and online chat.