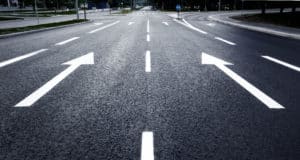 According to the authorities’ report, the alleged street racer lost control of his classic Mustang, and crashed into an SUV, tearing the Mustang in two and leaving both drivers with major injuries.

The incident happened on April 4 before 1:10 p.m. in the 1900 block of South Myrtle Avenue, just south of Duarte Road.

The two vehicles involved in the race were a classic Ford Mustang and a red vehicle, supposedly a Chevrolet Camaro.

The lieutenant revealed that the two cars traveled at high speeds when the Mustang driver lost control at a curve.

“He was going so fast, he wasn’t able to take that curve, and veered into northbound lanes,” Lt. Verna added.

Reports from the police revealed that a northbound SUV driver noticed the approaching Mustang. The driver was able to steer and avoid a head-on crash. However, the Mustang still hit the SUV.

“The Mustang somehow got split in half,” Verna stated. The impact of the crash also ejected the Mustang’s driver.

In addition, Verna revealed that the Mustang’s rear portion crashed into a utility pole, then caught on fire.

As a result, the high-voltage wires fell. Fortunately, a Southern California Edison crew came to the scene and de-energize the wires.

Medical responders transported the Mustang driver to a hospital with life-threatening injuries. The authorities believed that he was in his 30s.

Meanwhile, the male SUV driver also sustained major injuries, but was believed to have survived.

Verna also added that the Mustang driver will face felony street racing and reckless driving charges. At this time, his identity remains unavailable.

Meanwhile, a witness named Christopher Borunda revealed that he witnessed the incident.

“(They were) just going slow, neck and neck together revving each of their engines, and then they take off and they’re easily going pedal to the metal,” Boruna stated.

The detectives are still searching for witnesses and video footage of the crash. The second vehicle involved in the race is still at large after it left the scene following the collision.

Habits like speeding can lead to road accidents similar to what happened on Myrtle Avenue. Such habits are causes of disastrous incidents involving major injuries, damage and deaths.

That is why it is important to drive defensively and abide by all driving laws. This is to ensure your safety and the safety of surrounding vehicles and motorists.

If you’ve been involved in a similar auto accident, Sweet Lawyers is here for you. With 40 years of experience, our commitment to helping you win your case is the edge you need. Our 98% success rate is an assurance that you will achieve the justice and compensation you and your family deserve. Call our offices at (800) 674-7852 for a free consultation with a professional in your area. You can also reach us by email, talk on our live online chat, and text message 24 hours a day and 7 days a week.