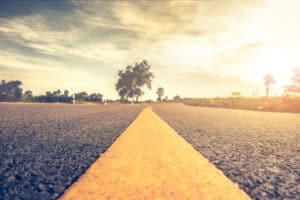 EATONVILLE, WA (August 2, 2018) – On Thursday morning, a bicyclist was struck and killed in a hit-and-run crash on Highway 7. The deceased victim was identified by the coroner’s office on Friday as 66-year-old Susan Rainwater of Eatonville.

State Patrol received a call at around 10:21 AM, but the incident is believed to have happened between 8:30 AM and 9:30 AM. It is estimated that the site of the crash was near the intersection of 320th Street East and the northbound Highway 7.

Rainwater was riding her bike on the right shoulder of the highway when a northbound car struck her from behind. Due to the impact of the collision, the elderly cyclist was thrown from her bike. The driver of the vehicle did not report the incident and fled from the scene, leaving the injured woman on the side of the road.

Rainwater’s body was discovered in a ditch by a civilian that found her wrecked bicycle off the highway.

There is currently no description of the hit-and-run driver or the vehicle involved, but officials believe that the car was black. Authorities are asking witnesses or anyone with additional information about the incident, to contact the Washington State Patrol as soon as possible. No additional information has been released to the public at this time, as the investigation continues.

We at Sweet Law Group offer our deepest sympathies to the family and friends of Susan Rainwater. May she rest in peace.

If a loved one was wrongfully killed in a hit-and-run bicycle accident, contact the experienced wrongful death lawyers at Sweet Law Group. We promise to fight for you, day and night, until we achieve the proper compensation and justice that you and your family deserve. Contact our offices today by calling (800) 203-3061. Visit a location near you for a free, no-obligation consultation, and discuss your case with a legal professional. We can also be contacted 24 hours a day/ 7 days a week by email, online chat, and text message .