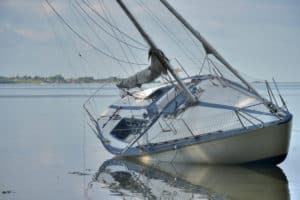 SANTA BARBARA, CA (September 2, 2019) – A family of three was among the 34 people killed after a commercial diving boat fire broke out early Monday morning on a Labor Day weekend excursion.

Steve Salika was on the Conception diving boat with his wife, Diana Adamic, their daughter, Tia Salika, and her best friend Berenice Felipe when the fatal fire occurred.

After the fire broke out, five crew members managed to jump off the ship and seek refuge on a nearby boat called the Grape Escape, which they traveled to via dinghy.

As of Wednesday afternoon, search teams recovered 33 bodies in the aftermath of the fire. However, one person is still missing at this time.

The Salika family had embarked on the diving expedition to celebrate Tia’s 17th birthday. According to Margo Peyton, the President of Kids Sea Camps(KSC), Tia started taking scuba diving lessons from the time she was 6.

Tia and Berenice attended Pacific Collegiate, a Santa Cruz charter school for students in seventh through 12th grades. They also volunteered at the animal shelter, helping to care for foster kittens and keeping homeless cats and dogs company.

In a statement to PEOPLE on Wednesday, Salika, who worked as a Senior Manager at Apple for three decades, was remembered by his former employers as a positive force in the company.

Adamic volunteered at the Santa Cruz County Animal Shelter, where she was remembered as compassionate, honest and inclusive.

In the aftermath of this devastating boat fire, authorities are still trying to determine what may have caused the blaze.

We extend our deepest sympathies to the loved ones and friends of the victims during this very unfortunate time.

Do you have a loved one involved in this California boat fire? We at the Sweet Lawyers can help your bereaved family recover from the loss. For over 44 years, we have been representing families like yours, providing them with excellent legal representation and making sure they receive what they rightfully deserve. If you also need our help, please call us at (800) 674 7852 for a free consultation.