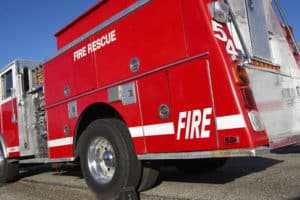 SEATTLE, WA (January 29, 2019) – Thirty-one members of the Stanford track and field team were involved in a fiery charter bus accident on Friday, January 25.

According to a local news source, a fire caused by the brakes broke out on the bus carrying the team to the University of Washington Invitational.

Although frightening videos were posted that showed flames consuming and ultimately destroying the bus, Washington’s State Patrol officials stated that fire crews extinguished the fire and there were no injuries reported.

The Cardinal’s track team members were left stranded on the side of the highway as the fire caused traffic woes on 5 Freeway North near the West Seattle Bridge at about 2 p.m.

All lanes at South Spokane Street were shut down for more than an hour. However, a King County Metro Bus was able to pick up the team members for an approximately six-mile ride to the university.

Road accidents can happen anytime, anywhere, and to anyone. Thus, it is important to maintenance check your vehicle before you hit the road. A malfunction can lead to a terrible accident causing injuries and even fatality. Remember to drive safely and defensively.

If you or someone you know has been injured in an accident, contact our seasoned lawyers at The Sweet Law Group. With over 40 years of combined experience in the legal field, we know what it takes to ensure your legal rights are protected. Our team has dealt with a variety of cases including car accidents, personal injury, wrongful death and disability. Untiringly, we will fight to achieve the justice and compensation that you and your family deserve. Call our offices at (800) 203-3061 for a free consultation with a legal expert in your area.