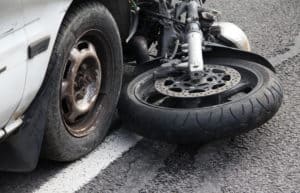 PHOENIX, AZ (January 30, 2020) — A motorcyclist died Sunday morning in a fiery crash with an SUV at West McDowell Road and North 23rd Avenue.

According to news reports, the crash unfolded near the 17 Freeway. When officers responded to the scene, they learned that a motorcycle and an SUV had collided and caused a vehicle fire.

Investigators determined that the SUV was traveling southbound on 23rd Avenue when the motorcyclist failed to stop at a red traffic light and struck its passenger side. Due to the impact, both cars ruptured into flames.

Two occupants of the SUV escaped the fire and serious injuries; however, the motorcyclist, later identified as 23-year-old Spenser McBurney, died in the accident.

At this time, the investigation concerning the cause and details remain.

The Sweet Lawyers would like to send their condolences to the loved ones of Spenser McBurney.

A death in the family due to a reckless driver brings about unnecessary circumstances. From expensive memorial expenses to the unimaginable grief, dealing with a wrongful death case is a tough pill to swallow. The Sweet Lawyers can provide you with further legal assistance in your case. We encourage you to recover and focus on your family while we handle your lawsuit. We specialize in wrongful death and personal injury matters. With our wealth of wisdom, you should acquire a maximum settlement to help with your future in due time. For a free case evaluation, call (800) 674 7852.