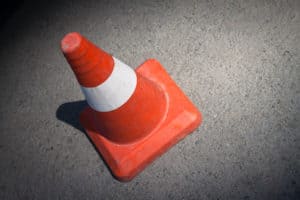 SOQUEL, CA – Man Killed after Struck by Car on Highway 1 at 41st Avenue

SOQUEL, CA (December 31, 2018) – A Watsonville man was killed after being struck by a car late Monday afternoon on Highway 1 in Soquel.

The incident happened around 5:46 p.m. on the northbound lanes of Highway 1 near the 41st Avenue exit.

According to the California Highway Patrol, the man’s car was disabled on the highway, partially blocking the second lane. The man, who showed signs of intoxication, pulled away from the officer and ran across both lanes of southbound Highway 1, jumped the guardrail and began to cross the northbound lanes.

While attempting to cross the northbound lanes, the man was struck by a Subaru Crosstrek, driven by a 46-year-old San Jose woman.

Officers and emergency personnel rendered aid to the man, but he was pronounced dead at the scene. His name has not yet been released pending next of kin notification.

The San Jose woman was unharmed. She stopped and cooperated with authorities.

The incident closed the northbound lanes of Highway 1.

Alcohol and/or drugs were cited as a contributing factor, but further investigation is underway.

During this moment of grief, we would like to extend our sincere sympathies and thoughts of courage and comfort to the family and friends of the deceased.

If you have lost a loved one in an accident, do not hesitate to contact The Sweet Law Group today. We house experienced wrongful death attorneys who have been recovering full and fair compensation for accident victims and bereaved families for over 44 years. We will provide you with the support and top notch service needed to help you recover both financially and emotionally. Call us today at (800) 203-3061 for a free evaluation of your case details.