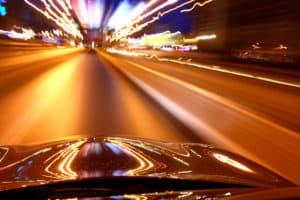 REDDING, CA (January 2, 2020) – Authorities released the name of the woman killed in a high-speed crash Thursday evening on January 2 in Redding.

According to Redding police, the crash happened around 10:30 p.m. near the intersection of Alta Mesa Drive and Rancho Road.

Seitz was driving a white 2012 Kia Optima south on Alta Mesa Drive at a high rate of speed. She apparently ran the stop sign at Rancho Road, hitting a large rock on the other side of the road. The boulders were lining the edge of the roadway.

As a result, Seitz suffered fatal injuries and died at the scene. Airbags had deployed in the car.

Officials said Sietz was not wearing her seatbelt during the crash. It is unknown if drugs or alcohol were a factor in the crash, which remains under investigation by the Redding Police Department.

We hope the family and friends of Sierra Seitz are surrounded by steadfast and comforting support as they grieve for the loss of their loved one.

If you have lost a loved one in a car accident, do not hesitate to contact The Sweet Lawyers today. We house experienced wrongful death attorneys who have been recovering full and fair compensation for accident victims and bereaved families for over 45 years. We will provide you with the support and top notch service needed to help you recover both financially and emotionally. Call us today at (800) 674 7852 for a free evaluation of your case details.