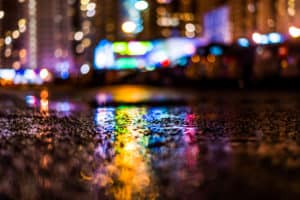 2 Hurt in Renton Accident on Highway 167

The deputies responded just after 4:00 a.m. after a report of two men breaking into an ATM at a Bank of America in Burien on Southwest 152nd Street.

Upon their arrival, they located two men with crowbars, attempting to break into the ATM. Then, the two men jumped into a car and escaped while the officers chased them.

According to reports, the suspect went on Highway 518 and headed to northbound 405 Freeway.

The deputies used spike strips on Highway 167 interchange to stop the vehicle. However, the suspects managed to avoid them.

As the suspects exited the southbound Highway 167, they collided with a car. Then, they made a U-turn and drove the wrong way on the interchange. Afterward, they crashed with two deputies.

Furthermore, authorities shut down southbound 405 Freeway flyover ramp to southbound Highway 167 during the investigation. Furthermore, deputies the roads will remain closed until around 7:30 a.m.

Staying within the lanes of the road is an extremely important rule of the road. Moreover, if you feel yourself drifting into other lanes due to fatigue or any other reason, safely pull over and rest before continuing to drive. Also, you can call a friend or an Uber to pick you up if you feel like it would be unsafe to drive.

Turning to a Personal Injury Attorney after Crash

We encourage you to speak with us today if you have suffered injuries in an auto accident. At Sweet Lawyers, we understand the impact of accidents on victims, and the financial difficulties they have to go through. Moreover, our seasoned personal injury lawyers will provide you with the best legal representation and guide you to a high settlement. With over 44 years of experience in the legal field, we know how to tackle your case from all angles. For more information, call us today at (800) 674 7852.