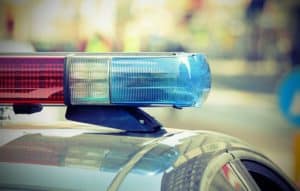 According to the California Highway Patrol, the incident occurred at approximately 4:25 PM near Santee.

Reports showed that deputies responded to a report of a man in a vehicle holding a gun in the 9600 block of Marilla Drive. As deputies pulled up to the scene, 24-year-old Orr drove away at a high rate of speed. He drove through a stop sign and crashed into a vehicle and kept going before he suddenly stopped his vehicle in the middle of Lakeshore Drive, causing the pursuing deputies to crash into one another and the suspect’s vehicle.

The driver of one vehicle involved was treated at the scene by medical staff. However, no other injuries are reported.

Police took Orr into custody. In addition, officials found a gun, ammunition, and drugs inside the vehicle.

Carrying a firearm, driving under the influence of liquor and other prohibited substances is extremely dangerous. Above all, do not drink and drive. In addition, respect law enforcement.

If you are injured in a DUI crash, contact the experienced auto accident lawyers at Sweet Lawyers. We have over 40 years of experience in the field. As a result, know what it takes to win your case and achieve the justice and compensation that you deserve. We have dealt with a variety of cases including personal injuries and auto accident cases. For a free case evaluation, call us day or night at (800) 674 7852. In addition, we can also be contacted 24 hours a day and 7 days a week. Above all, we believe you deserve the best legal representation and proper compensation for your pain and suffering.