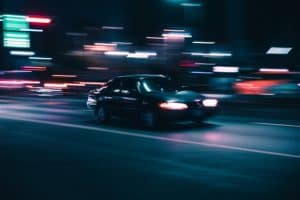 The police chase of a suspected stolen vehicle led to a collision. The crash caused injuries to a father, mother and their three children in a minivan and two people in the suspect vehicle.

As the officers attempted to stop a speeding vehicle on Euclid Avenue and Market Street at around 9:45 p.m., the driver took off, drove at 60 mph. The suspect vehicle then collided head-on into a minivan near Market Street and Pitta Street.

Reports revealed that the incident happened less than a mile from where the chase started.

As a result, two adults and three minors from the minivan suffered injuries. Two occupants from the suspect vehicle also sustained injuries.

Authorities believe that alcohol or drugs probably played a role in the collision.

Meanwhile, the identity of the suspect remains unreleased as of this time.

From speeding to distracted driving, there are many factors that can cause road accidents. Whenever you’re operating a car, pay attention, be alert and follow all road signs and traffic lights. There are plenty of ways to practice safe and defensive driving.

If you’re involved in a serious traffic accident, call us. Sweet Lawyers have over 40 years of experience in the legal field. As a result, our team knows what it takes to win your wrongful death, auto accident,personal injury, and disability case. We promise to fight, day and night, to achieve the justice and compensation that you and your family deserve. Call our offices at (800) 674 7852 for a free consultation with a professional in your area.