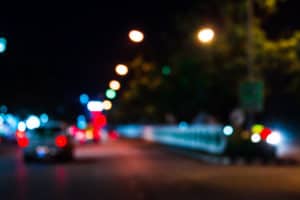 According to Charles Cooper, who drove one of the vehicles at the crash scene, he had just driven off the freeway when he noticed a Cadillac run a red light.

It then struck the back of a Honda Accord.

“Next thing I know, I saw a body flying out the Honda Accord and hitting my car,” Cooper stated.

Meanwhile, Cooper didn’t suffer any injuries. However, he noted that he didn’t fully see the damage of the incident until he opened his Ford Focus door.

“Everything was slow motion,” he added, “I just got emotional and prayed for the guy.”

A video from the area later showed a Cadillac SUV that came to rest on Rosecrans, while two sedans were in the off-ramp’s left-turn lane. Meanwhile, Cooper’s Focus was in the right-turn lane.

The Accord had its backend sheared off while a white Toyota sat behind it.

The detectives stayed on the scene Tuesday night.

We would like to extend our heartfelt sympathy and condolences to the family and friends of Sergio De La Cruz.

If you’re involved in a multi-car crash, then reach out to the personal injury lawyers at Sweet Lawyers. With over 40 years in the legal field, we have the experience and the resources to win your case. Moreover, we can assure you that our team will work hard to ensure that your legal rights are protected. Call us today at (800) 674 7852 for a free, no-obligation consultation at a location nearest you. For your convenience, you can reach us 24 hours a day and 7 days a week by email, online chat, and text message.