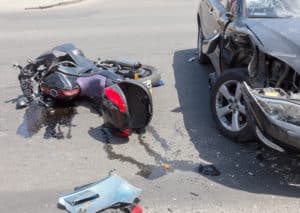 INYOKERN, CA (December 3, 2018) – A man was killed, and another was severely injured following a hit-and-run motorcycle collision on Bowman Road near Brown Road Saturday evening.

According to CHP, 44-year-old Sean Chromi of Ridgecrest was killed and 47-year-old Brian Berry, of Inyokern, was seriously injured. Officials said Morgyn Dobson fled the scene before authorities could apprehend him. He was eventually caught and treated by medical staff before being booked into the KCSO Central Receiving Facility.

Dobson was charged with felony manslaughter and felony hit-and-run. The details of the crash remain unclear at this point, but an investigation is underway.

Our deepest condolences go out to the friends and family Sean Chromi. We hope you all find comfort, strength and support around you.

The Sweet Law Group is run by a qualified team of attorneys who will fight for you every step of the way. We have over 44 years of experience and hold a 98 percent success rate. Our attorneys are skilled in car accidents, personal injury, wrongful death and disability law. We have helped hundreds of families and have won them the settlement they deserve. Call (800) 203-3061 to schedule your free consultation.