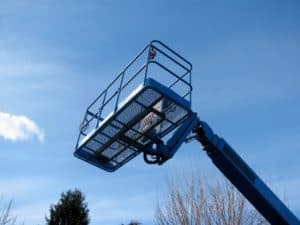 Seattle thrives in construction and is recognized as the country’s crane capital. Yet it wouldn’t be the only thing people will remember it by.

Around 3:30 p.m. Saturday, a crane that was being dismantled on Google’s new Seattle campus came crashing down onto Mercer Street.

Along Mercer Street, which reports described as the city’s busiest street, cars and pedestrians riddled the area when the crane collapsed.

Released surveillance footage showed the crane toppling over and severing into two before striking six vehicles down below. Unfortunately, victims unaware of the heartbreaking turn of events occupied those vehicles at the time.

Sarah Wong, a 19-year-old Seattle Pacific University student, was reportedly sitting in her car with another student when the crane struck her vehicle. The California native, who studied nursing, died at the scene. Her companion, however, managed to escape the devastation.

A total of four people died including Wong and a 31-year-old father from North Bend, Wash., Andrew Yoder. On top of that, four people suffered injuries, including a 4-month-old girl and her 25-year-old mother, whose car had been crushed from the behemoth of metal.

Now, authorities are combing through evidence to determine the cause. Investigators launched a probe into four companies — general contractor GLY, Northwest Tower Crane Service Inc., Omega Rigging and Machinery Moving Inc. and Morrow Equipment Co. LLC. Reports sat these companies had been responsible for taking apart the construction equipment at the time.

In addition, witnesses reported wind gusts as high at 23 mph at the time.

Per the Department of Labor, an average of 44 crane-related deaths was tallied per year. However, neither of those deaths hails from Seattle.

Loved ones are now mourning this doleful news as they wait for the investigation to follow through with some answers.

Our hearts break for the family and friends of Sarah Wong. We hope you seek comfort and courage during this heavy, heartbreaking time.

At the Sweet Law Group, we help families like yours overcome challenges and acquire justice. If your loved one has died due to the reckless actions of another, call (800) 674 7852. We’ll represent you and ensure you obtain full justice and compensation to assist with any memorial and medical costs. As your trusted attorney, we’ll fight with you every step of the way.