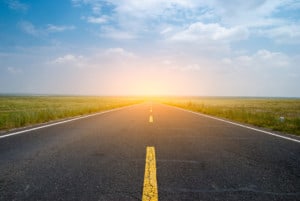 The crash happened around 7:53 a.m. near the intersection of Empire Grade and Mcgivern Way.

CHP officials responded to the scene and located a gray Toyota Highlander and a gray Subaru sedan. The Subaru went over 100 feet down embankment, where it landed on its side. It sustained major front-end damage with missing two wheels. The Toyota was on the right shoulder.

Occupants in the overturned Subaru were trapped inside the car. Three injured patients were found as a result of the crash.

Responding paramedics took the patients to a hospital with complaints of pain.

Towing services were requested to remove the vehicles from the crash site.

Head-on collisions can be alarming. Avoid this from happening by driving only when you are alert and sober. Avoid, whenever possible, driving in challenging weather or road conditions. And always scan the road ahead for hazards.

If you have been injured in a car accident caused by a negligent driver, please call The Sweet Lawyers at (800) 674 7852 for a free consultation. Our experienced personal injury attorneys have been geared primarily towards auto accident claims. We know how the insurance companies work and we provide excellent legal counsel until you get what you rightfully deserve. Let us help you.