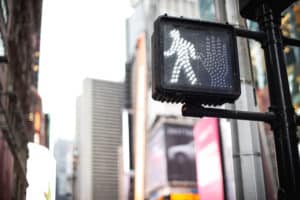 The unidentified victim was walking northbound across Branham Lane and was hit by an eastbound traveling 1997 Toyota Tacoma. The pedestrian died shortly after and was pronounced dead at the scene. Meanwhile, the driver of the pickup truck remained at the scene and was questioned by officers.

Police do not believe that drugs or alcohol played a role in the crash, which marks the 46th traffic fatality in San Jose.

As authorities investigate this incident, they are urging anyone with information to contact Detective Troy Sirmons at 408-277-4654.

Our deepest thoughts and sympathies go out to the friends and family of the victim. We hope you find the best support around you during these trying times.

At the Sweet Law Group, we stay focused on winning our clients the best settlement possible. When seeking second-to-none legal representation, call (800) 203-3061. With our wealth of wisdom in the law, we are able to undertake a slew of cases of any caliber. For more than 44 years, we have settled numerous cases ranging from wrongful death and personal injury to car accidents. To discuss your case further, do not hesitate to call us.