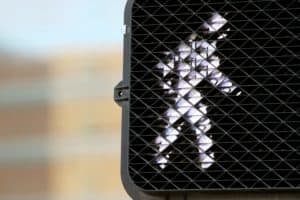 Dispatchers received calls about the serious pedestrian collision around 12:26 p.m. First repsonders arrived to the scene near Idora Avenue soon after. The driver stayed on scene and cooperated with officials.

According to reports, the 38-year-old pedestrian was struck as he attempted to cross between Hernandez and Idora avenue. The pedestrian was found suffering from serious injures, and was transported to a nearby hospital upon paramedics arrival. Furthermore, the driver remained unharmed.

Authorities are currently investigating the details leading up to the crash. However, reports indicate that police did not arrest nor charge the driver. No further details have been made available at this time.

Keep a close eye on the road and other potential hazards. You can respond readily to dangerous situations by watching your speed and preparing to yield when appropriate. Do this for the safety of yourself and others around you.

We separate ourselves from other personal injury law firms in California by providing aggressive representation. The Sweet Law Group is dedicated to protecting you from further losses. If you believe you might have a case and would like to bring it to our attention, call (800) 674 7852. We settle lawsuits involving wrongful death and personal injury. As your lawyer, we will commit to your time and needs.