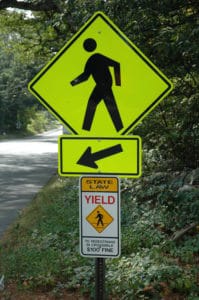 The fatal incident happened around 4:24 a.m. along the eastbound lanes of the highway at Genesee Avenue.

According to the California Highway Patrol, the woman was walking eastbound on Highway 52 when she was struck by an oncoming Toyota Camry. She suffered fatal injuries and was pronounced dead at the scene. Information on her identity has been withheld pending next of kin notification.

The victim was reportedly wearing a backpack and flip-flops distributed to patients of Sharp Memorial Hospital at the time of the crash, so investigators were looking into whether the woman was recently a patient.

The Camry’s driver stopped after the crash but was subsequently struck by another vehicle. The second vehicle also stayed at the scene and both drivers were cooperating with investigators.

A SigAlert was issued in the area, blocking all eastbound lanes of the freeway. Around 6:00 a.m., one lane had reopened and traffic was moving at a crawl. All lanes were reopened just before 7:00 a.m.

Alcohol or drugs were not believed to be factors in the crash. Further investigation is underway.

At The Sweet Law Group, we know you and your family are going through a difficult time. While you tend to your well-being and peace of mind, hire us to handle the legal areas of your situation. We are specialized in wrongful death matters. Our attorneys are upheld by years of training and experience and will never lose sight of your hopes and wishes. We are also seasoned in personal injury, workers’ compensation, traffic accidents and more. Please call (800) 674 7852 to speak with our attorneys about your case details.