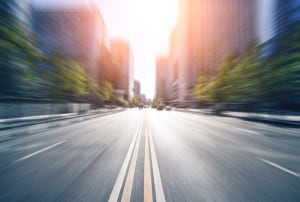 The collision happened around 5:21 a.m. on southbound 5 Freeway at Avenida Palizada.

According to the California Highway Patrol, a pink Mercedes-Benz van and a sedan collided, blocking two freeway lanes. When officers arrived, one vehicle was facing the wrong way, while the other appeared to have crashed into the center divider.

Injuries were sustained in the accident but the severity and number of injured patients were not immediately known.

An ambulance unit was dispatched to the scene and took those who were injured to a hospital.

A SigAlert was issued, blocking the first, second, and third lanes for about 30 minutes while officers and crews worked on the scene.

Details surrounding the incident were not made clear in the reports. The cause of the crash remained under investigation.

Injuries from traffic accidents can be treated, but the trauma can be permanent. Thus, it is important to always put your safety first by making sure your car is in good condition before driving. Also, give your full attention to the road and to the movements of other motorists to avoid getting involved in unexpected road mishaps.

If you have been injured in an auto accident caused by the negligence of another party, we strongly urge you to contact The Sweet Law Group to assist you in filing a personal injury claim. Our job is to support you during this difficult time and help you recover everything you are entitled to including medical bills, lost wages, pain and suffering and other damages. We will fight for your rights and charge you nothing unless we win your case. We have several office locations throughout Northern and Southern California. Give us a call today at (800) 203-3061.