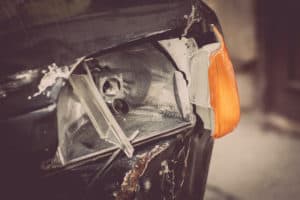 SACRAMENTO, CA (March 27, 2018) – On Tuesday evening, a woman and an 8-year-old boy were killed while three others were seriously injured in a car crash on Watt Avenue.

At approximately 9:30 PM, CHP responded to a car collision between a pickup truck and a car on Watt Avenue and Northrop Avenue near Hurley Way.

According to the California Highway Patrol, the car was driving north on Watt and attempted to make a left onto Northrop, when it was struck by a pickup truck that was heading south on Watt.

The female adult and 8-year-old boy in the car were pronounced dead at the scene. Two other children, who were in the backseat of the same car, were brought to the hospital in critical condition. The male driver of the car sustained major injuries and was also rushed to the hospital.

The female driver of the pickup truck remained at the scene with minor injuries and cooperated with investigators. There is no update on the current condition of the people involved in the collision.

The preliminary investigation revealed that drugs or alcohol were not involved in the crash. No other information has been provided at this time.

We at Sweet Law Group offer our deepest sympathies to the family and friends of the woman and child killed in this tragic accident.

If a loved one was wrongfully killed by a reckless or irresponsible driver, or if you or someone you know was injured in a car crash, contact the experienced attorneys at Sweet Law Group. Our firm has over 40 years of experience on the field, and we know what it takes to win your case and achieve the justice and compensation that you deserve. Call (800) 203-3061 and arrange a free initial consultation at a location nearest you. We are available to clients 24 hours a day/ 7 days a week by email, text message, phone, and online chat.