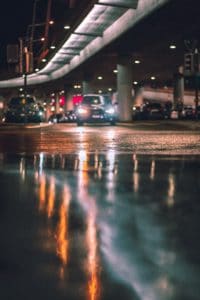 LONG BEACH, CA (May 14, 2019) – A woman, savagely beaten by a suspect, died shortly after on East 64th Street near Obispo Avenue Monday afternoon.

According to a spokesperson for the Long Beach Police Department, the incident happened around 12:30 p.m.

Rosa Elena Hernandez has been identified as the 63-year-old woman who died in the assault.

Reports say Hernandez had just finished eating with a friend on 64th Street when a man approached her as he walked the three blocks toward her home.

Detectives have surmised that the man physically assaulted the Long Beach woman before striking her with an electric scooter, which was left abandon at the intersection days prior.

There had been reports about a Good Samaritan intervening, but Sgt. John Magallanes had no information confirming this claim.

When Long Beach firefighters responded, they found Hernandez with serious injuries to her torso. According to police, she died subsequently after at the scene.

As far as the attacker, he fled from the scene yet around 5 p.m., officers detained him at a business near Downey Avenue and Artesia Boulevard.

The unidentified assailant faces a $2 million bail, officials confirmed. Police booked him on suspicion of murder.

Our hearts go out to those mourning this devastating loss of Rosa Elena Hernandez.

When seeking professional legal guidance, turn to the Sweet Lawyers for assistance. We have years of experience in helping victims like you recover and acquire full compensation. While our mission is to help you recover and obtain justice, yours is to focus on your health and well-being. Call (800) 674 7852 to schedule a free consultation with our attorneys.