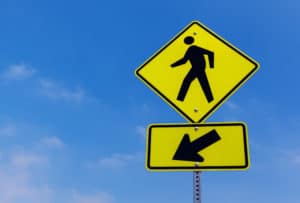 The fatal incident happened around 6:20 a.m. and is San Jose’s fourth deadly pedestrian versus vehicle collision since the turn of 2019.

Robinder Bhurji was identified as the 57-year-old San Jose man who was struck by a red pickup truck traveling northbound on Almaden Expressway. The driver of the truck stopped briefly but took off without providing any information or assistance. Bhurji was lying on the street with grave injuries as four other vehicles ran over him.

He died shortly after at the scene, according to police. Authorities are seeking the public’s help in locating the driver and the vehicle involved in this fatal crash. Those with information are urged to call 911 or Detective Troy Sirmons of the San Jose Police Department’s Traffic Investigations Unit at 408-277-4654.

To those mourning the loss of Robinder Bhurji, we’d like to send our sincere sympathies to you.

The wrongful death lawyers at the Sweet Law Group are eager to hear from you. We assure you that we hold the experience you need to deliver the results you deserve. Because economic and non-economic damages stem from reckless traffic collisions, seeking legal representation might make a difference to your future. This is no easy time for you and your family, and we would like to mitigate the stress by providing you with legal support. Let us fight for you while you tend to your recovery. Call the Sweet Law Group at (800) 203-3061.